My First Themed Shoot and The Lessons Learned

First off, I want to say thank you to the women who helped me out with my first shoot like this. I didn’t think that I would be able to pull it off, but I was able to do this shoot with only a few months time of planning. But with every new experience, there are lessons to be learned!

The whole reason for me wanting to do a shoot in the first place was to learn how to put a shoot together and see what works best for me as a creative person. But why did I make my first one more centered around halloween? Because I wanted to make it fun, and I knew that with it being my first shoot that I put together, things wouldn't all go as smoothly. So I wanted to make sure that even if things didn't work out just right, it wasn't too big of a deal.

And to also do something that is different from the typical editorial shoot that everyone in the wedding industry does, weddings and engagements. Yes, I want to shoot weddings, engagements, basically everything that is about love. But I want to show flexibility, the ability to think outside just one subject. I see so many photographers who get into one industry, and they don't branch out. And if they do, they don't show it off as much as they do everything else.

So here is my process, and included are things that I will keep in mind for the future and do differently if I can.

First, I had the idea. I am always looking at others work on Pinterest. I love Pinterest. I think Pinterest is a great platform to showcase work that isn't what you typically do, or to give more insight to your process. After finding several shots and ideas that had similarities, I created a board for inspiration so I could show others what I had in mind.

Creating a Pinterest board not only helps with inspiration, but is a great source of reference while you're shooting.

I know that I draw blanks sometimes, especially since I'm just starting out and starting to get comfortable with posing clients and models. And I know that I'm not the only one!

Second, I started thing of locations. I thought of parks, venues with fields, and I even stopped on the side of roads to look around. But nothing fit what I really had in mind. Nothing had multiple scenes, meaning that if I wanted a change of scenery for different shots, I'd have to travel to another location.

Traveling to another location takes time away from the time you could be shooting.

If possible, try to find a location that has multiple scenes so you can have more time to shoot and so you can have different scenes set up without interrupting or tearing down a scene you might go back to.

So where did I end up? I chose a place I'm the most familiar with, and have constantly thought of shots to take while there. I shot at a golf course. Sounds silly. It might be harder for others to schedule a shoot at a golf course. But I work there, so it was free, familiar, and loaded with spots to choose from.

Once I had my idea and location, I had to find models. Now that was probably one the harder parts to getting this shoot put together. Not everyone fits the criteria that you have in your head. And not everyone that you want to use is available for the shoot. I put out a model call on facebook and instagram, with some of the pictures from my Pinterest board with a time frame of when the shoot could possibly happen. I had numerous people want to model for me. Some in other states. Some who didn't match my criteria. Some who ended up not being available for the date that I ended up picking.

If you end up posting a model call, make sure you have your criteria listed and specific. Meaning give the time and date, the type of look you're going for (long hair, short hair, pale skin, tan skin, etc...), and make sure that it is known what area you're shooting.

I chose three friends from the multiple inquires and everything seemed like it was going to work out. But ALWAYS have a back up. The day of the shoot, I had one call out. And I panicked. But it worked out because one of the girls ended up calling a friend in who had the day off.

After getting an idea, finding a location, and picking out models, I wanted to make sure I had the right wardrobe. I originally wanted to go shopping with each model to find the right dress for each one. But I ended up getting I way to busy for that. So how did I find a wardrobe in a short amount of time? I used Amazon. Now, I know that you're wondering about the quality of clothes from Amazon. But they turned out better than I expected, and cheaper than what I would have had to driving to different stores and paying for three dresses. I also had a huge selection choose from, and was able to pick dresses that fit with the theme of the shoot and then let the models pick what they liked and tell me their size. I even made sure to purchase a fourth dress just in case.

Always have back ups. Back up clothes, props, batteries, models... Whatever you think might need to be replaced, back it up! (Pictures too!)

Turns out, the fourth dress I chose, ended up being the dress the fourth model chose, instead of the one chosen for the one who called out last minute. So everything was working out just fine.

The next to last step, I wanted to make sure all the hair and makeup was perfect and consistent. Just because this was a personal project, doesn't mean that I wanted to do things halfway. So I searched and searched and searched for a hair & makeup artist. I got several nos, several not avaialbles, and several no answers. I even had an artist lined up and they canceled on me about a week away from the time of the shoot.

I ended getting a recommendation for an artist by posting in a photography group on Facebook and guess what! That recommendation was available and stoked! She was even doing make up for a halloween themed wedding! Perfect!

What is the last step you ask? Well, besides shooting and editing? Make a schedule. This helps to keep everything on track, lets everyone know when to arrive, if there are any breaks, and when everything should get wrapped up.

Make sure to consult with the models and those who are helping with wardrobe and HMU.

I've never done a shoot like this, and while I've assisted with many, I've always arrived well after the hair and makeup have gotten started. A good rule of thumb for HMU, it takes around an hour or so per head. So if you have a shoot outdoor, make sure to schedule everything early so you can have enough daylight. And if you're renting a space, make sure you rent the space long enough to include hair and makeup or get ready before you show up for the shoot.

Now that you have made it this far through the whys, hows and how nots, it is finally time to show off the shots I ended up getting! So without further ado, check out it out! 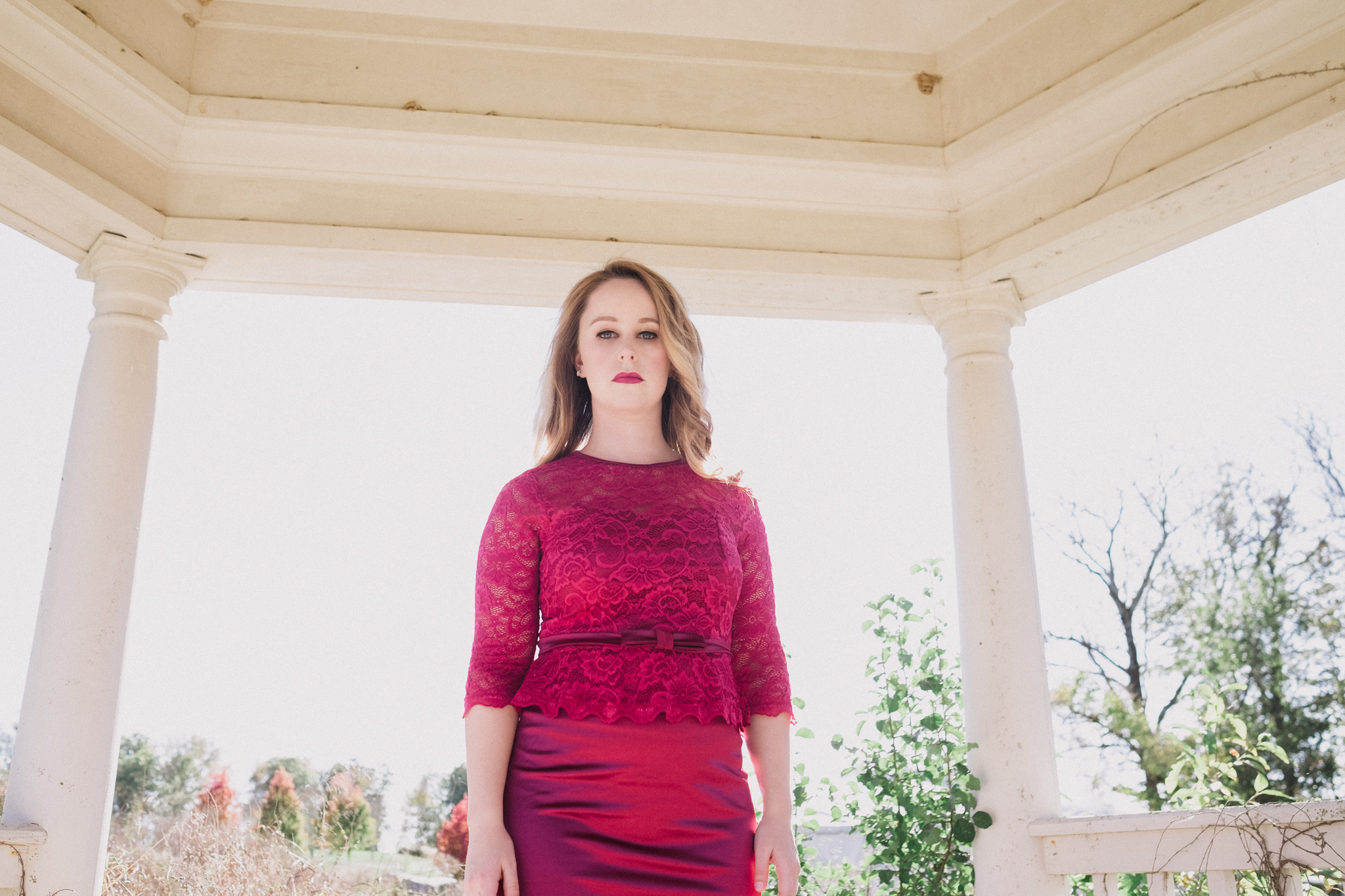 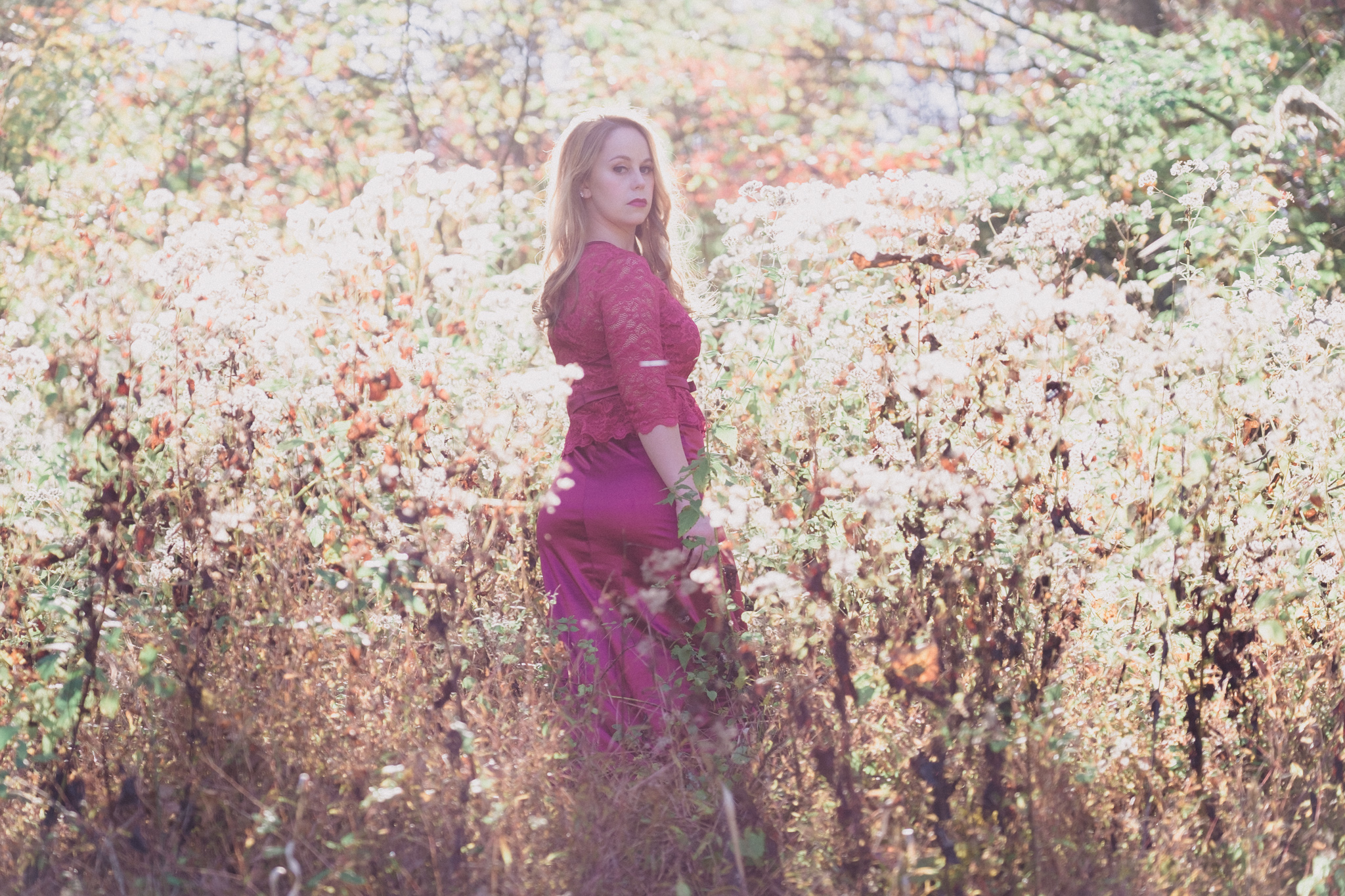 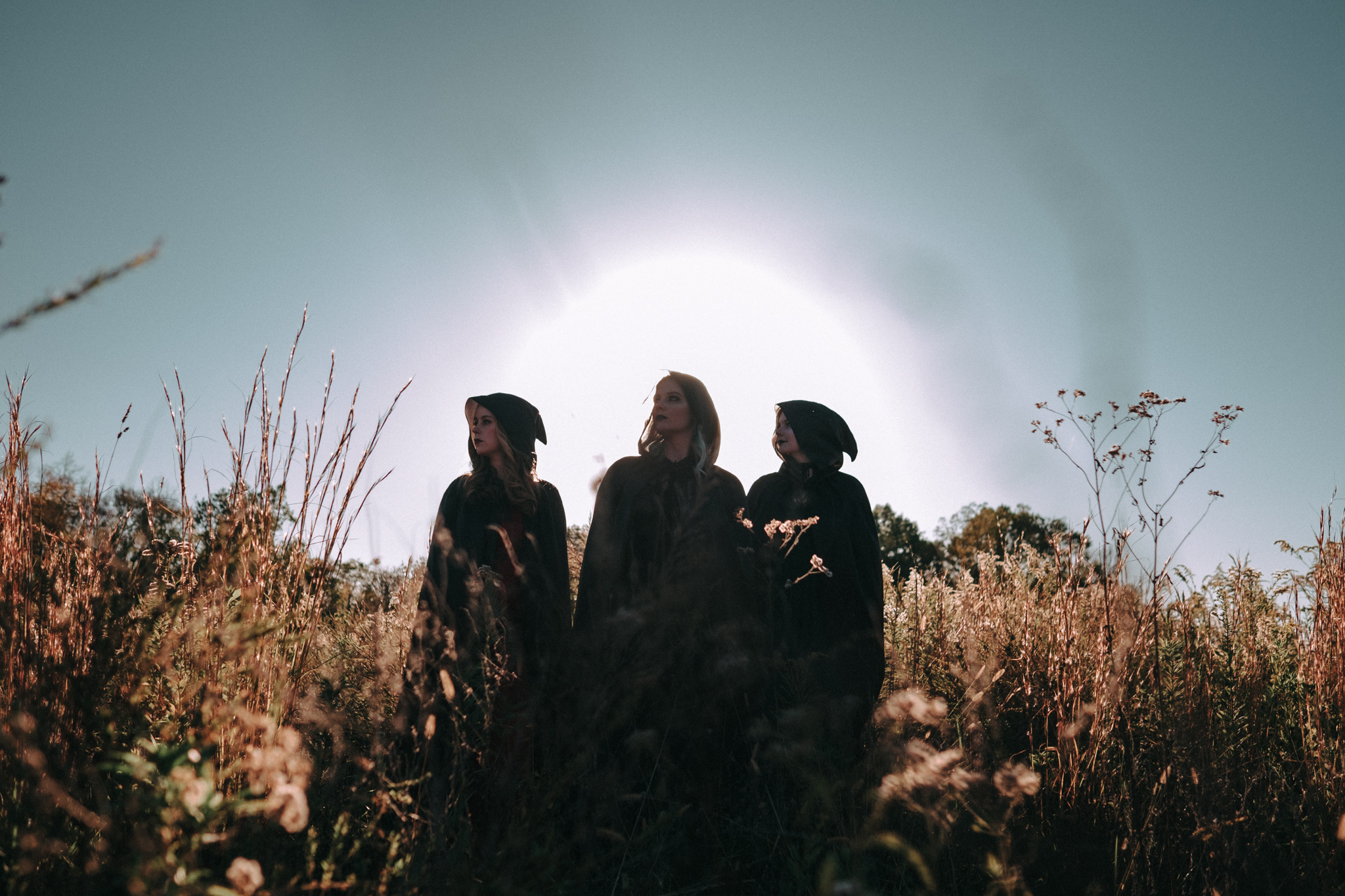 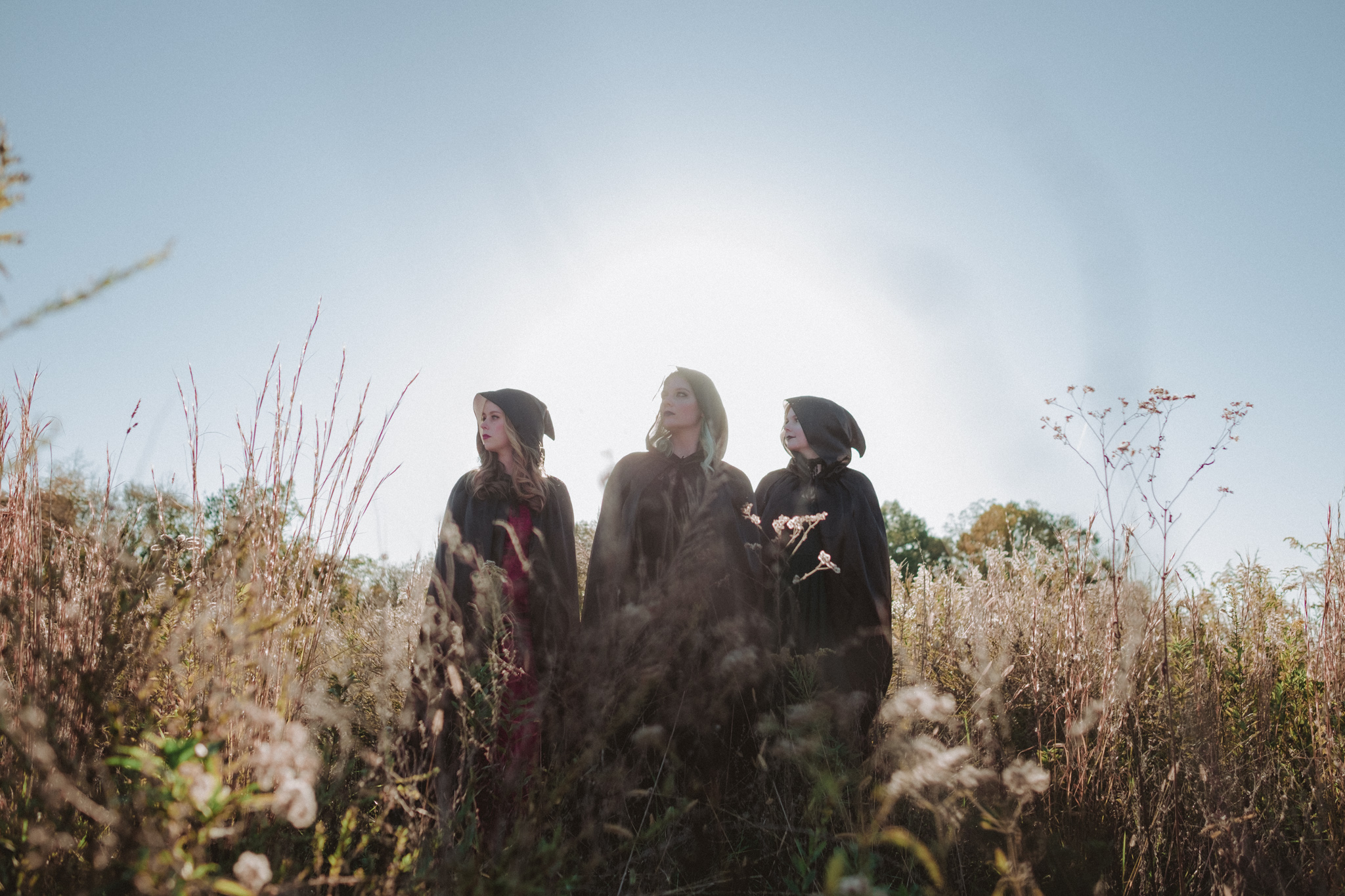 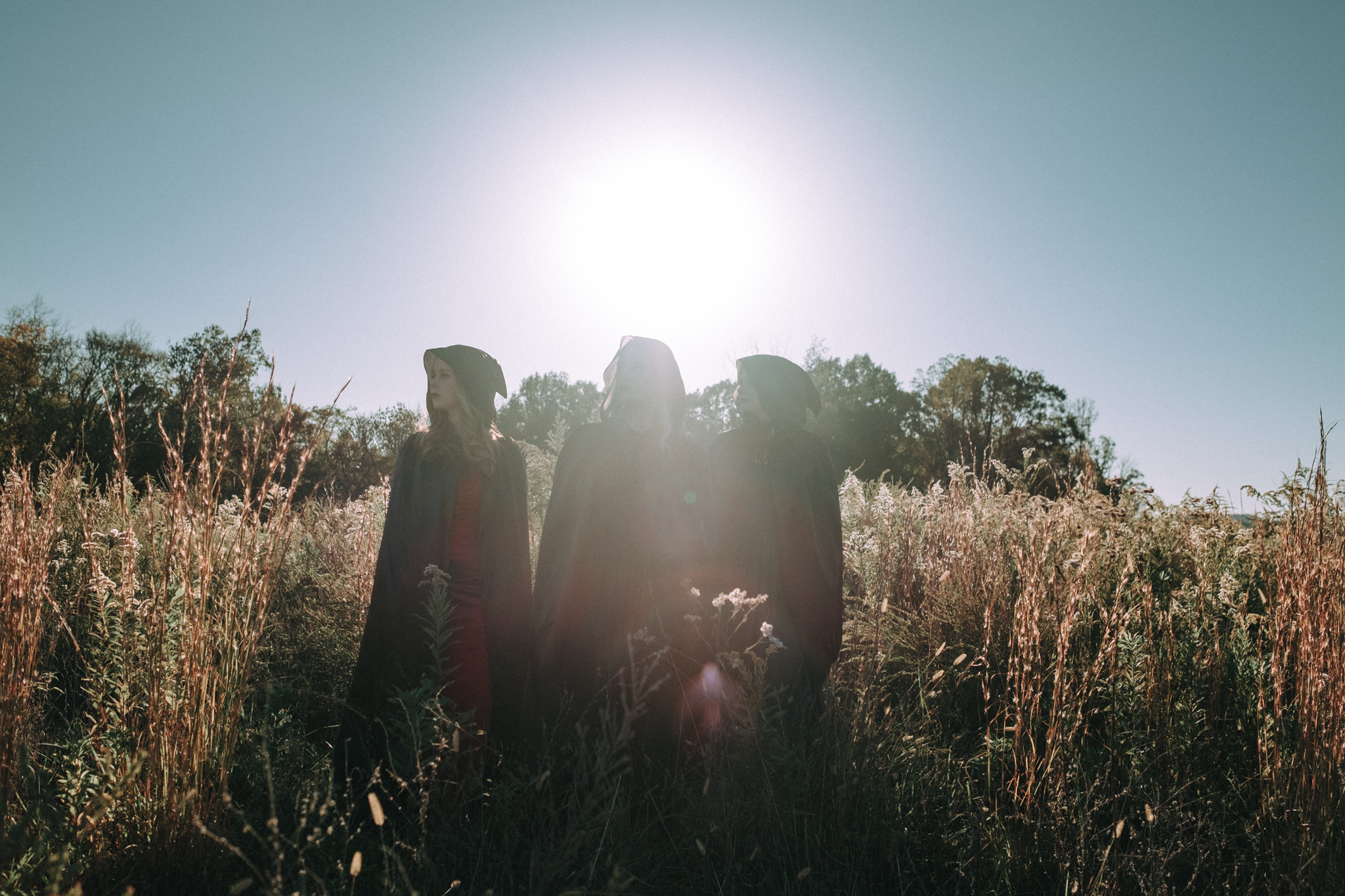 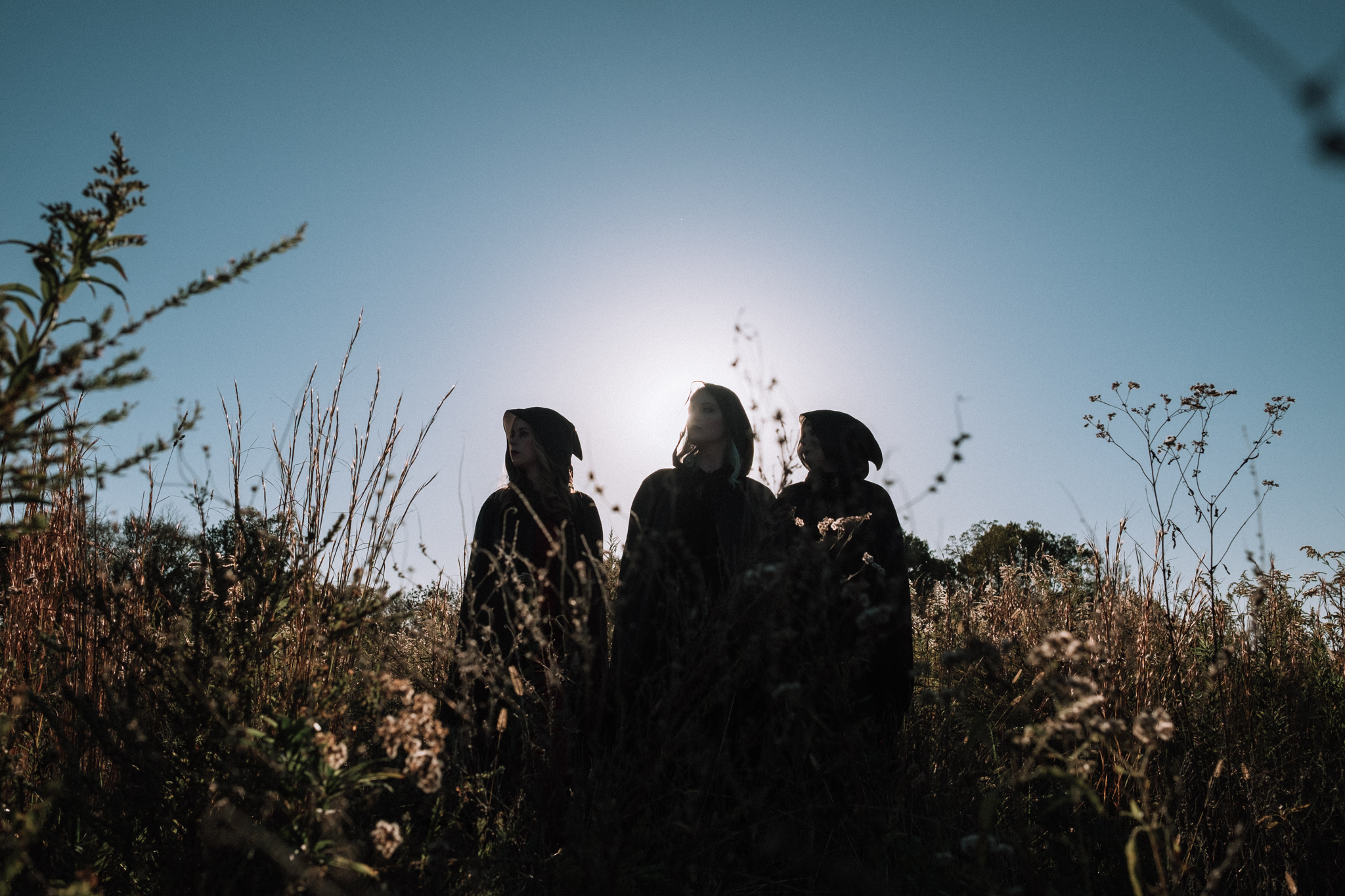 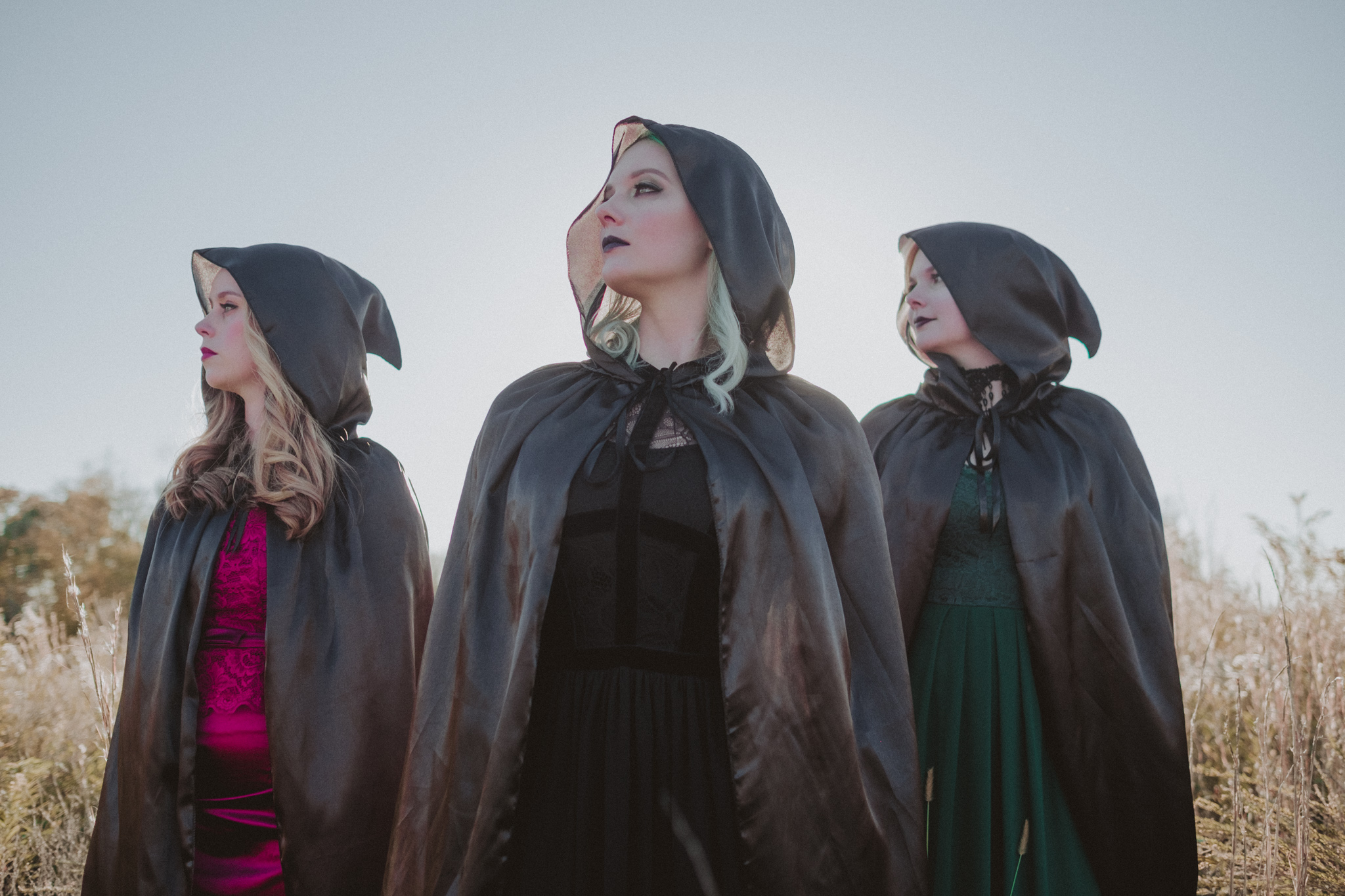 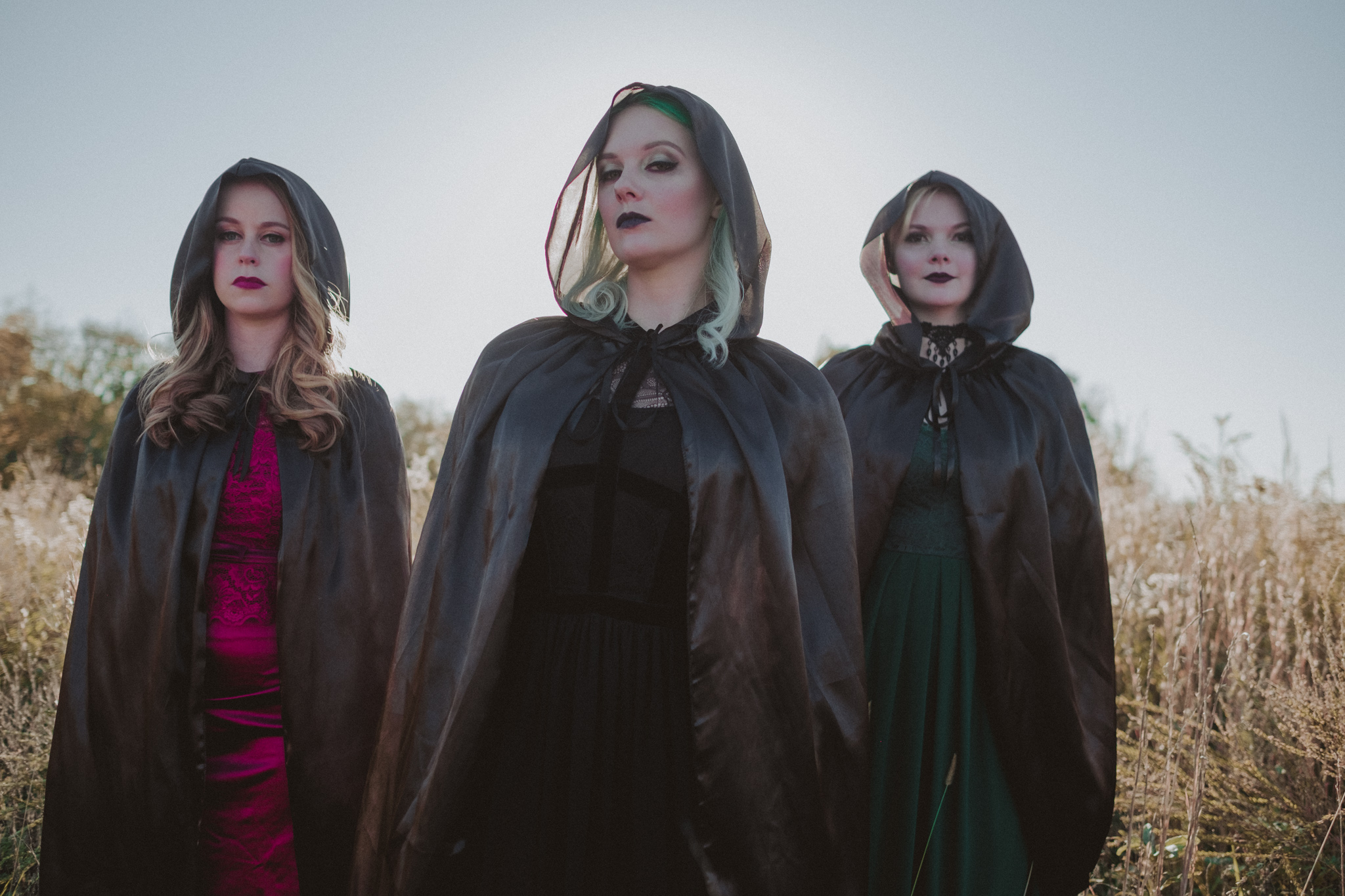 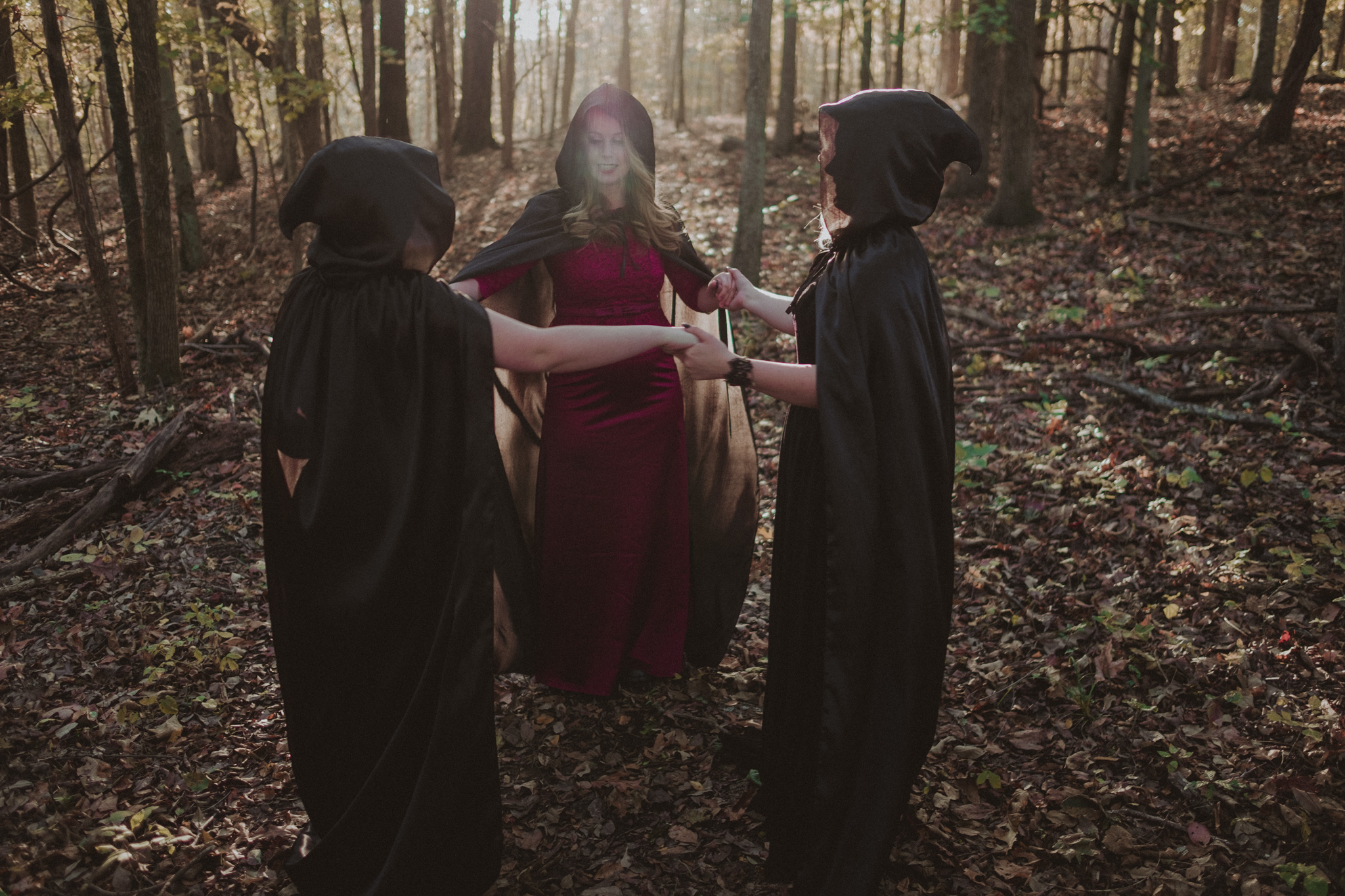 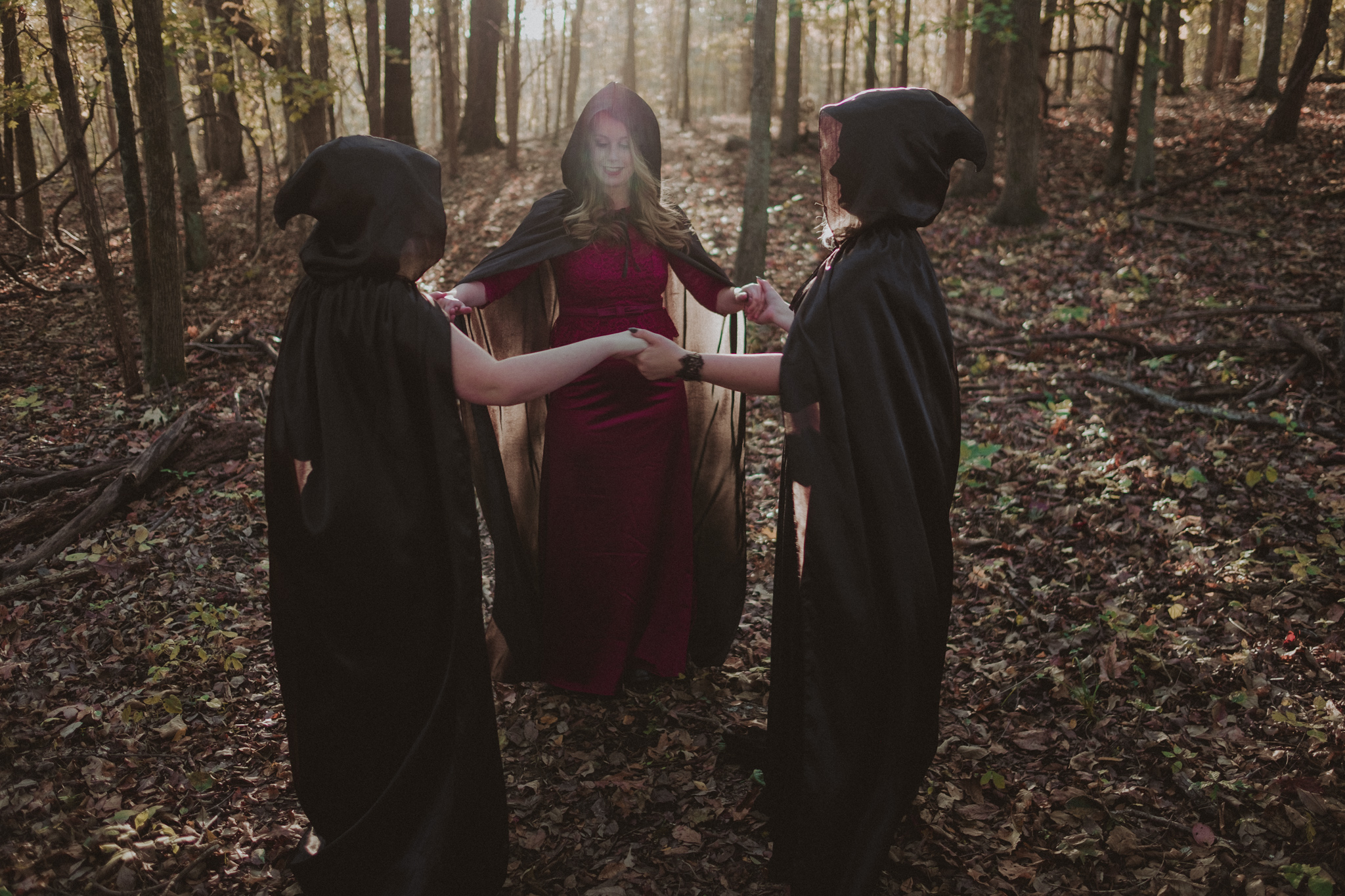 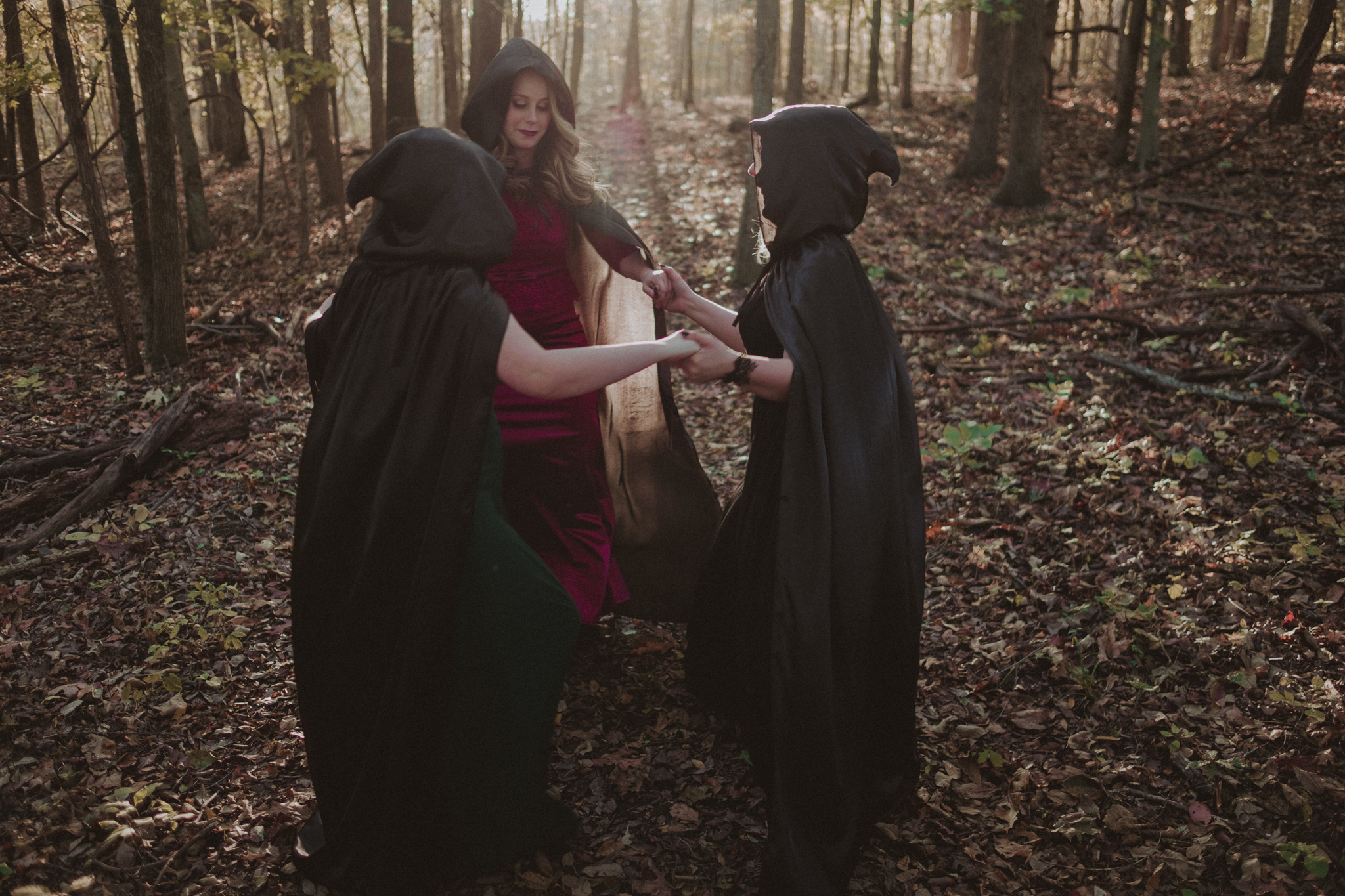 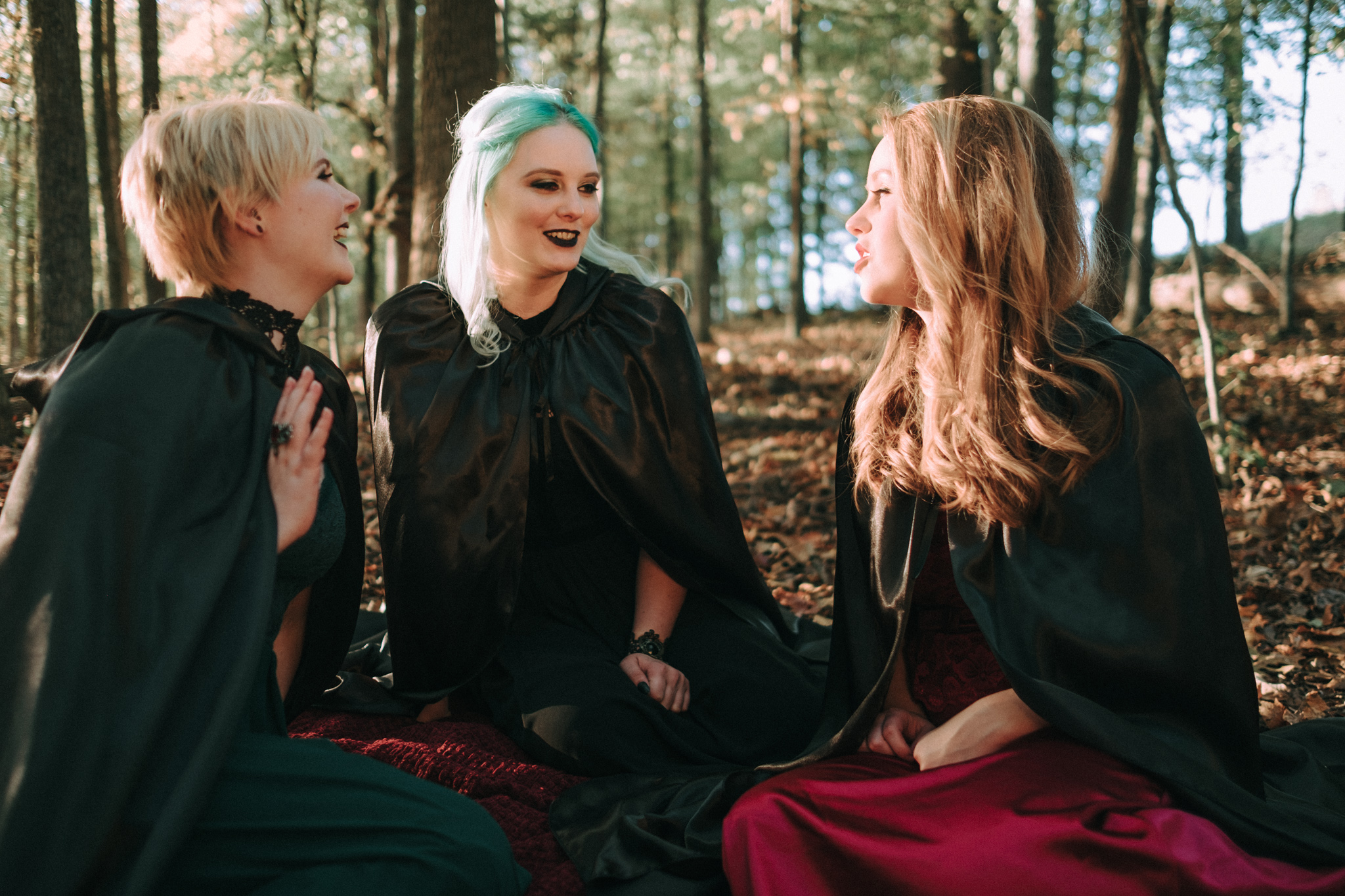 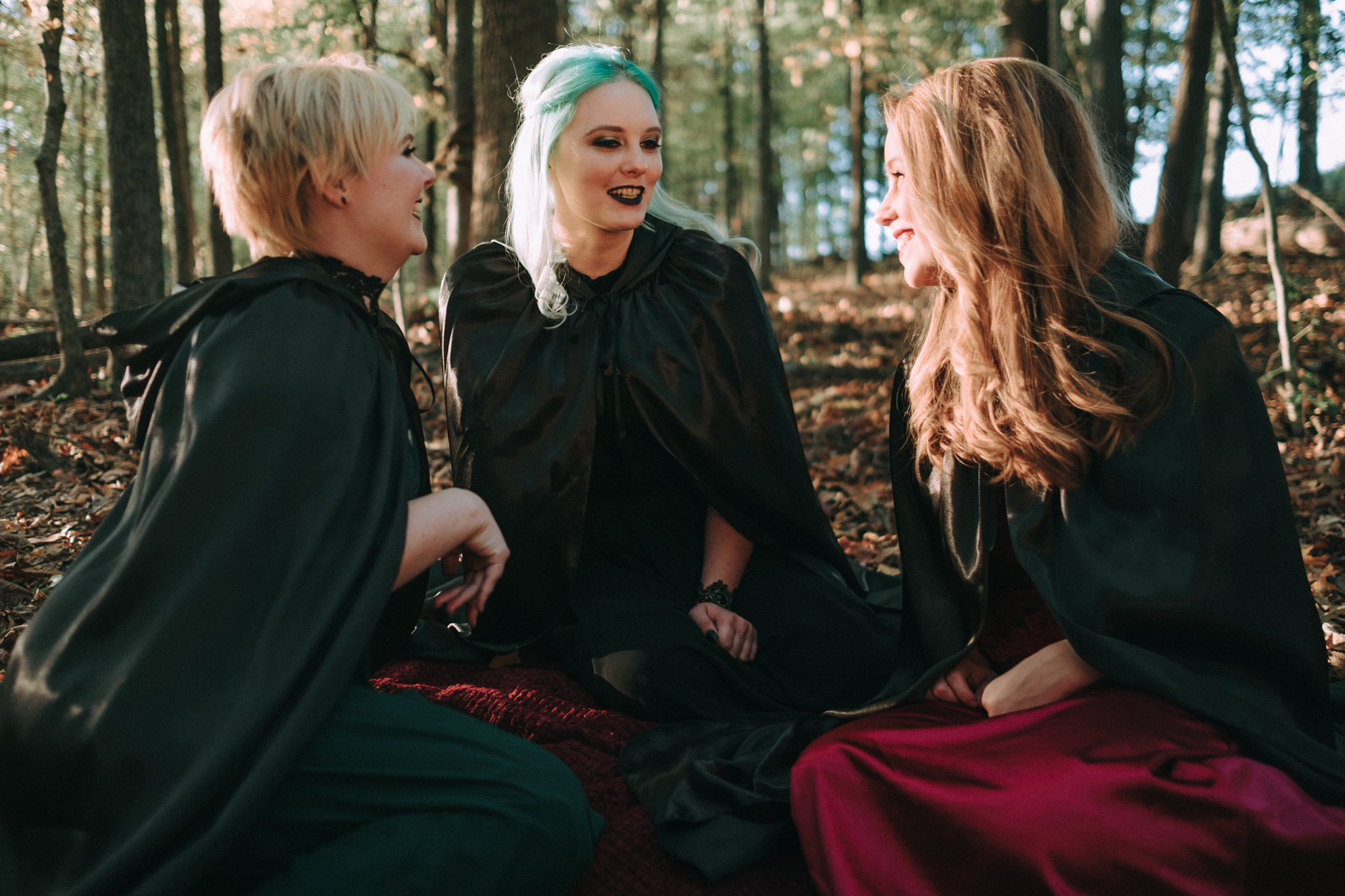 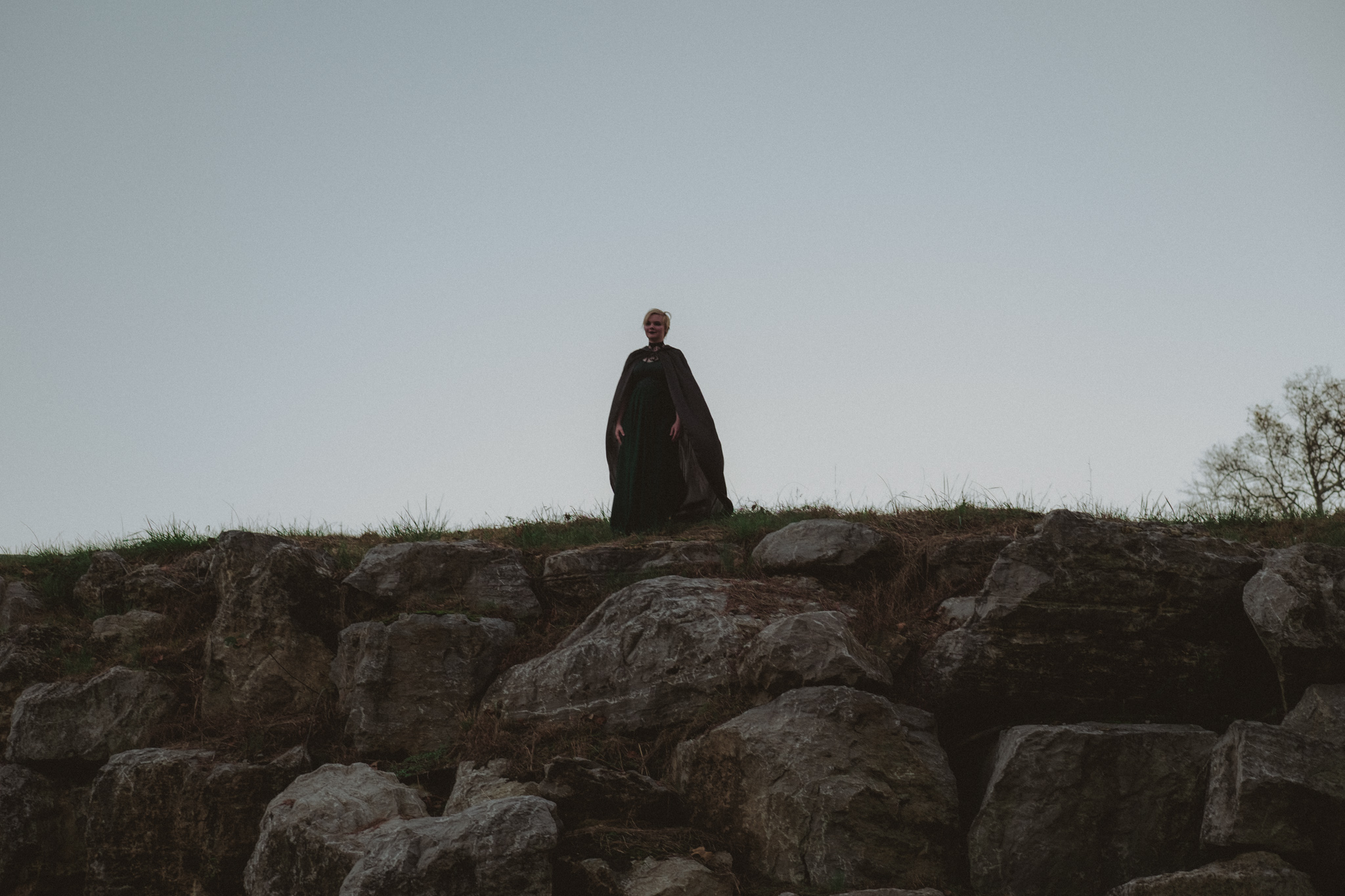 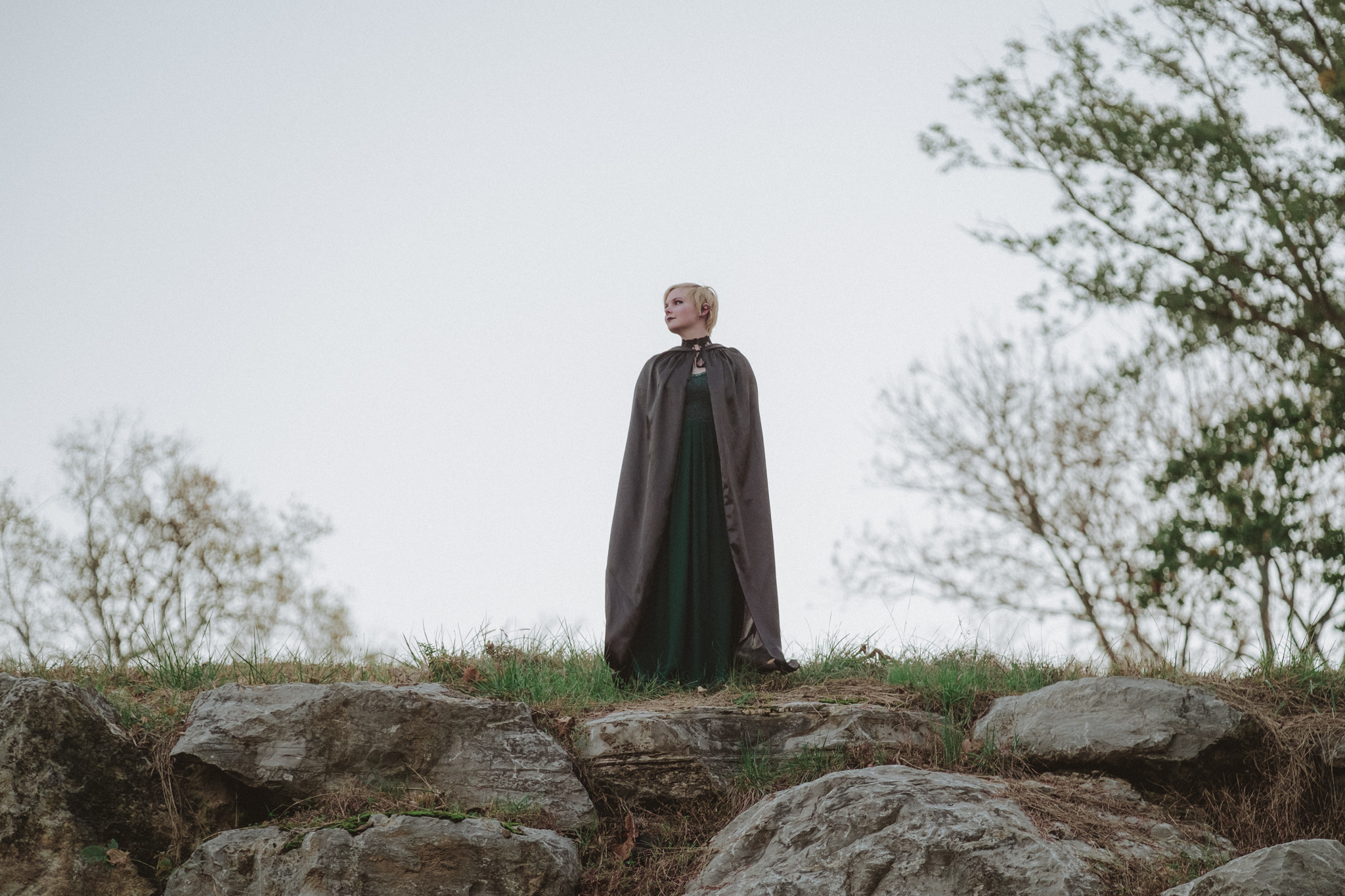 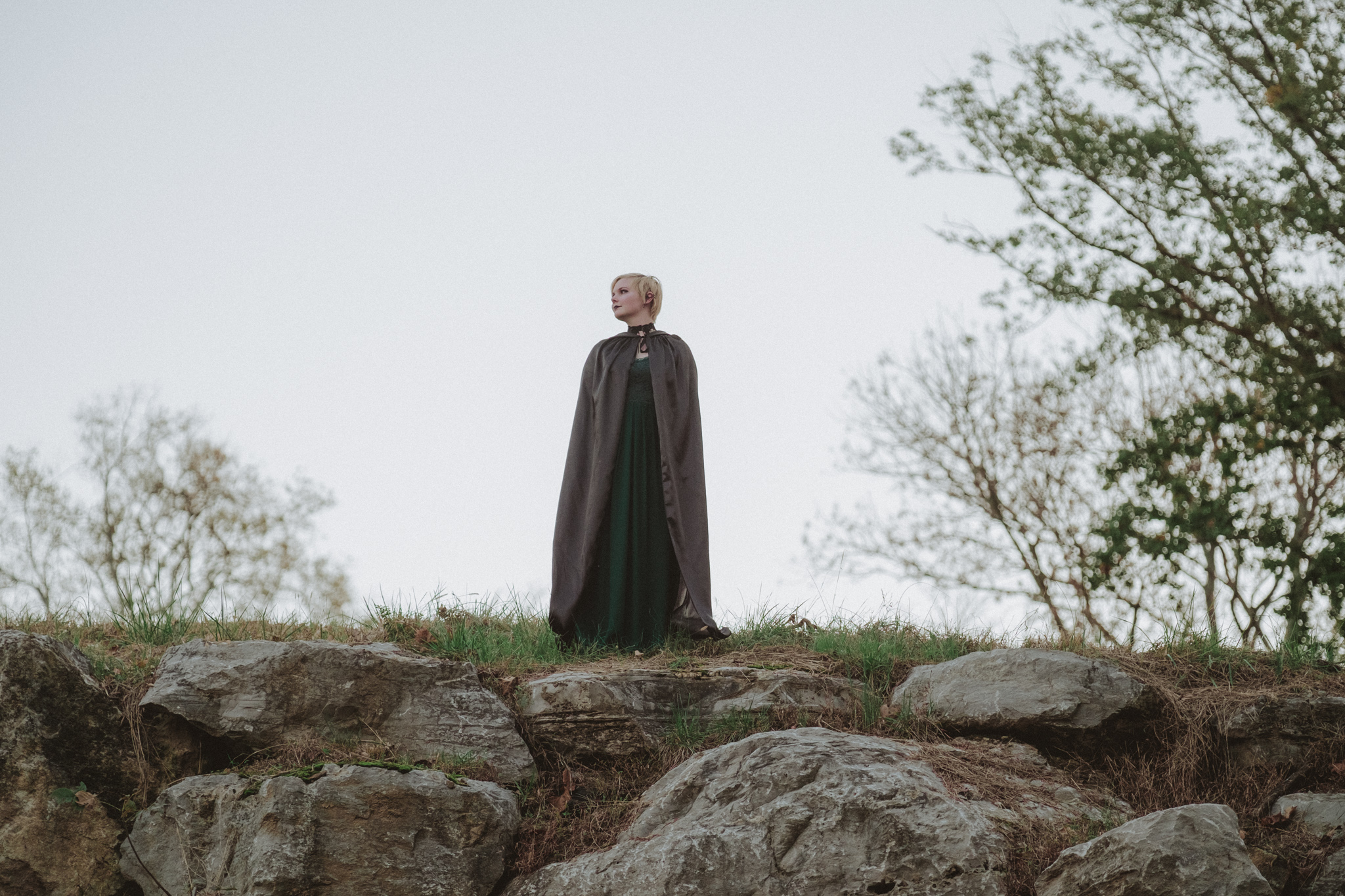 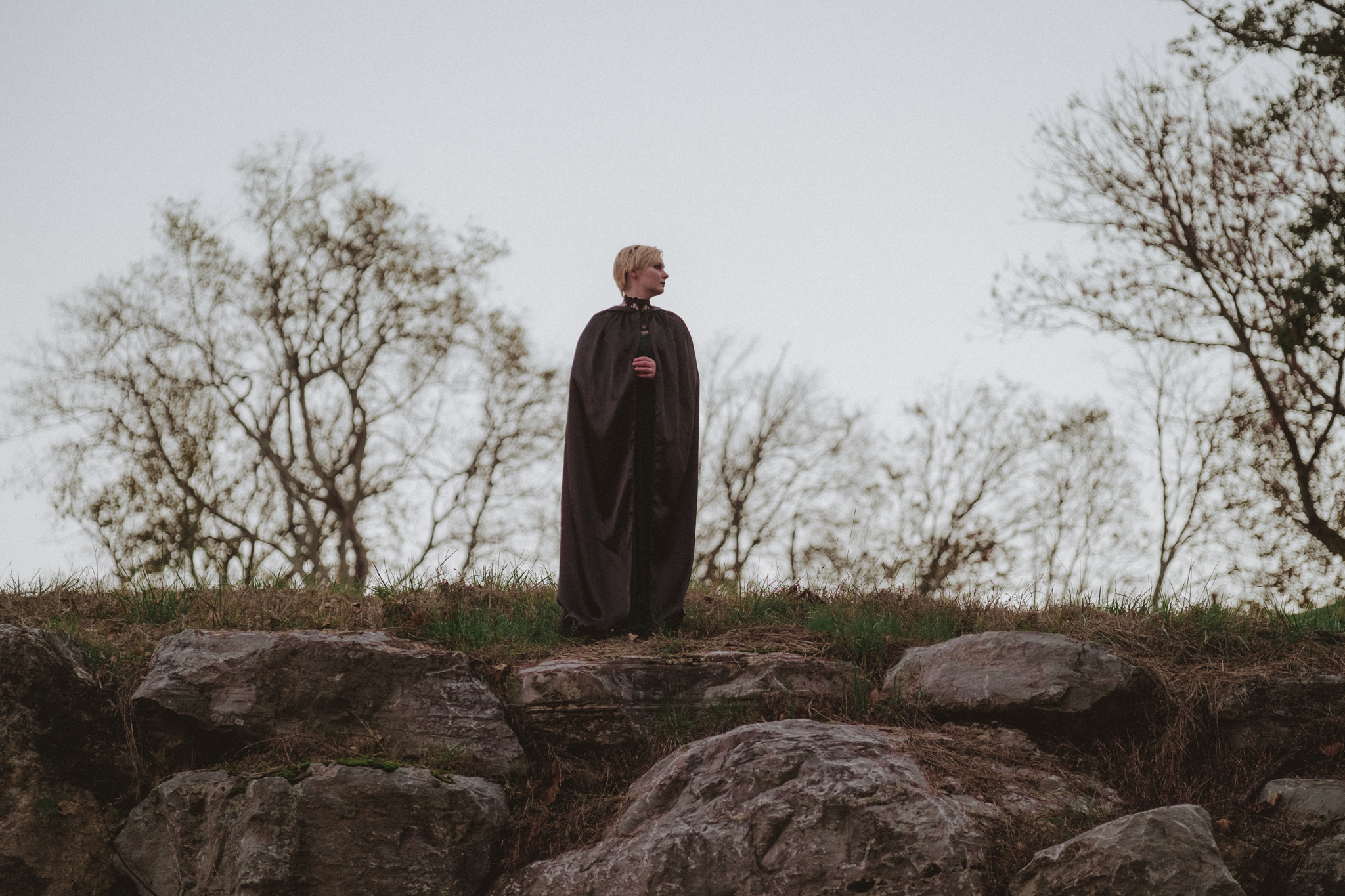 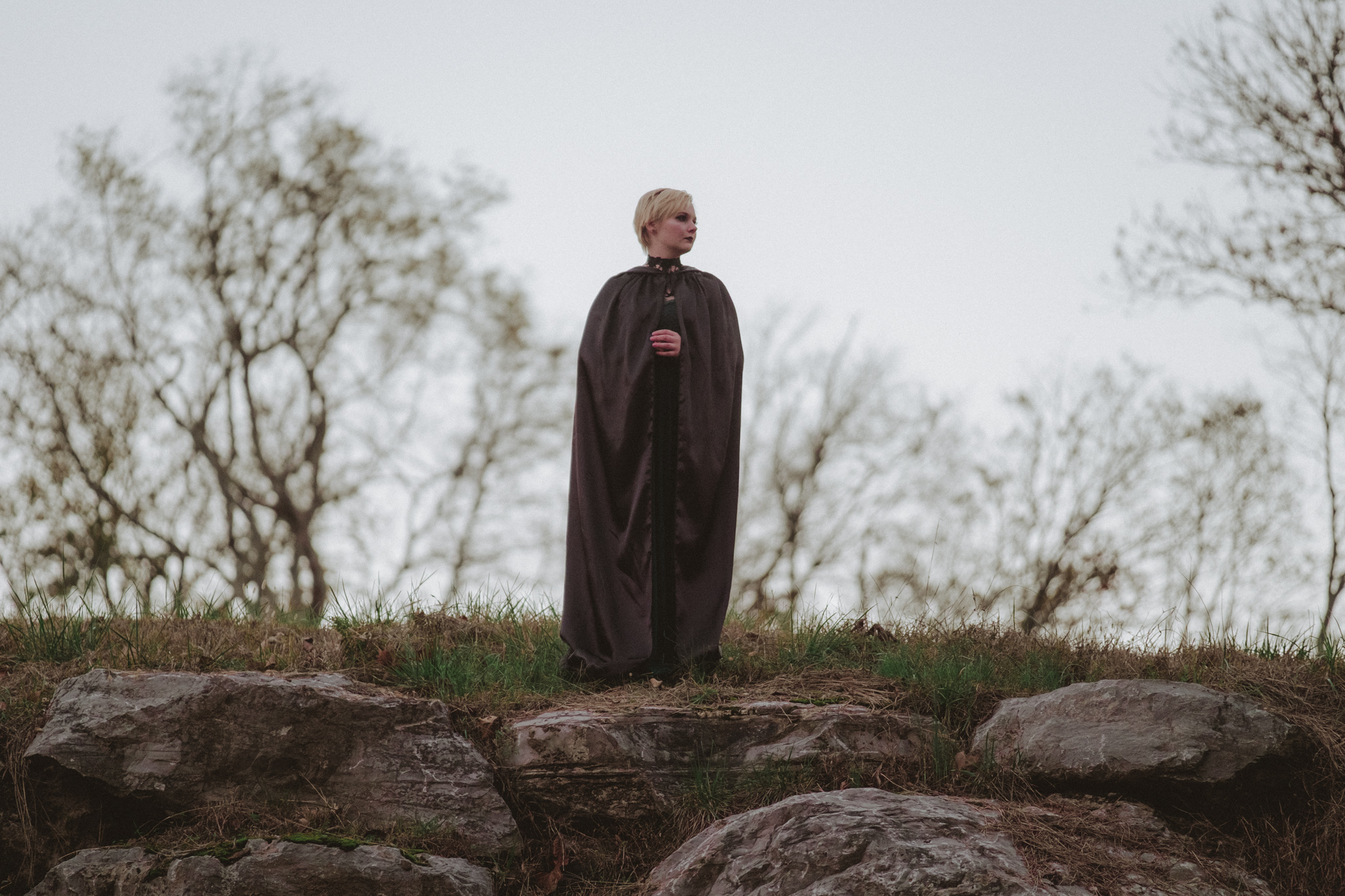 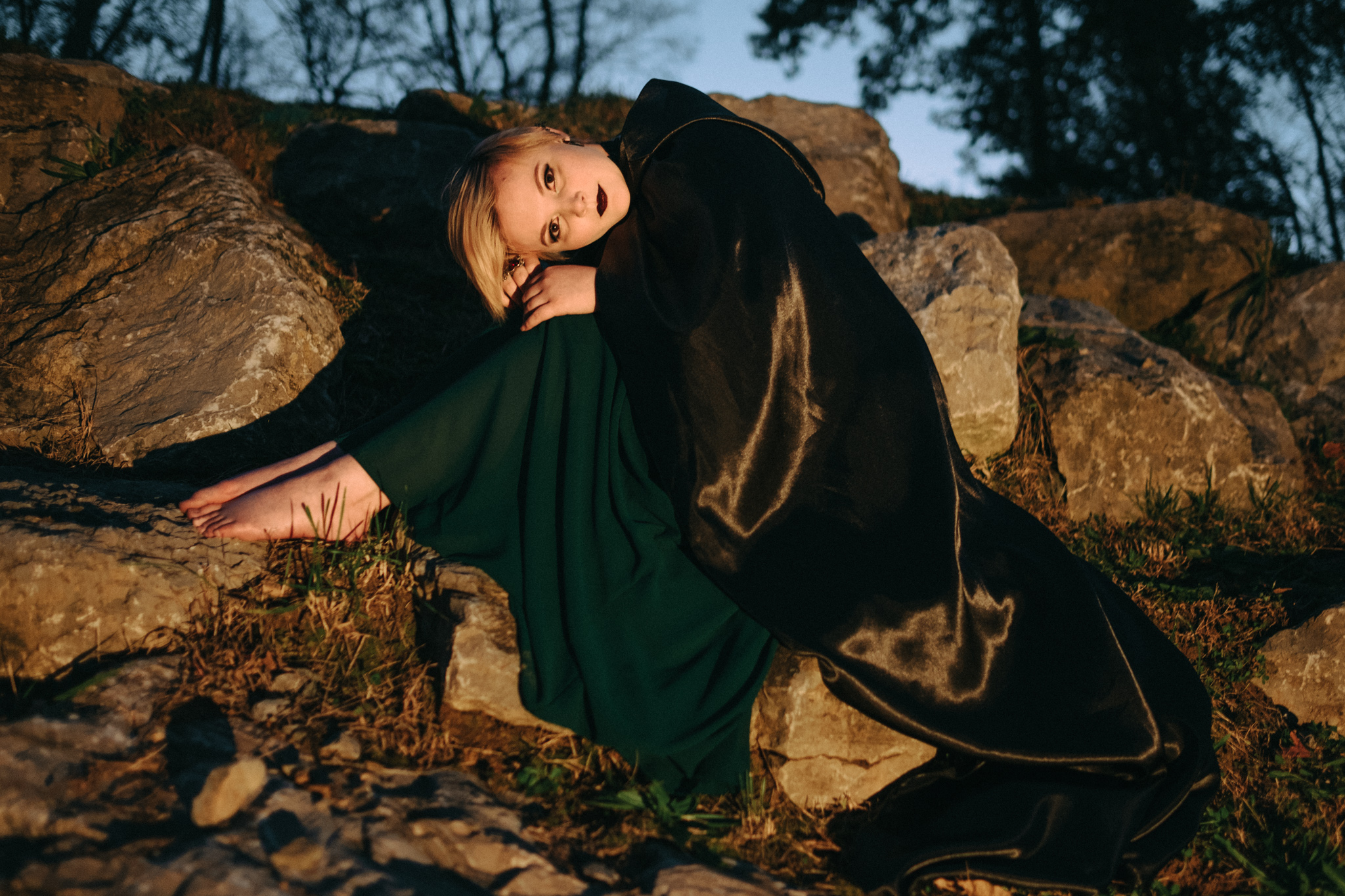 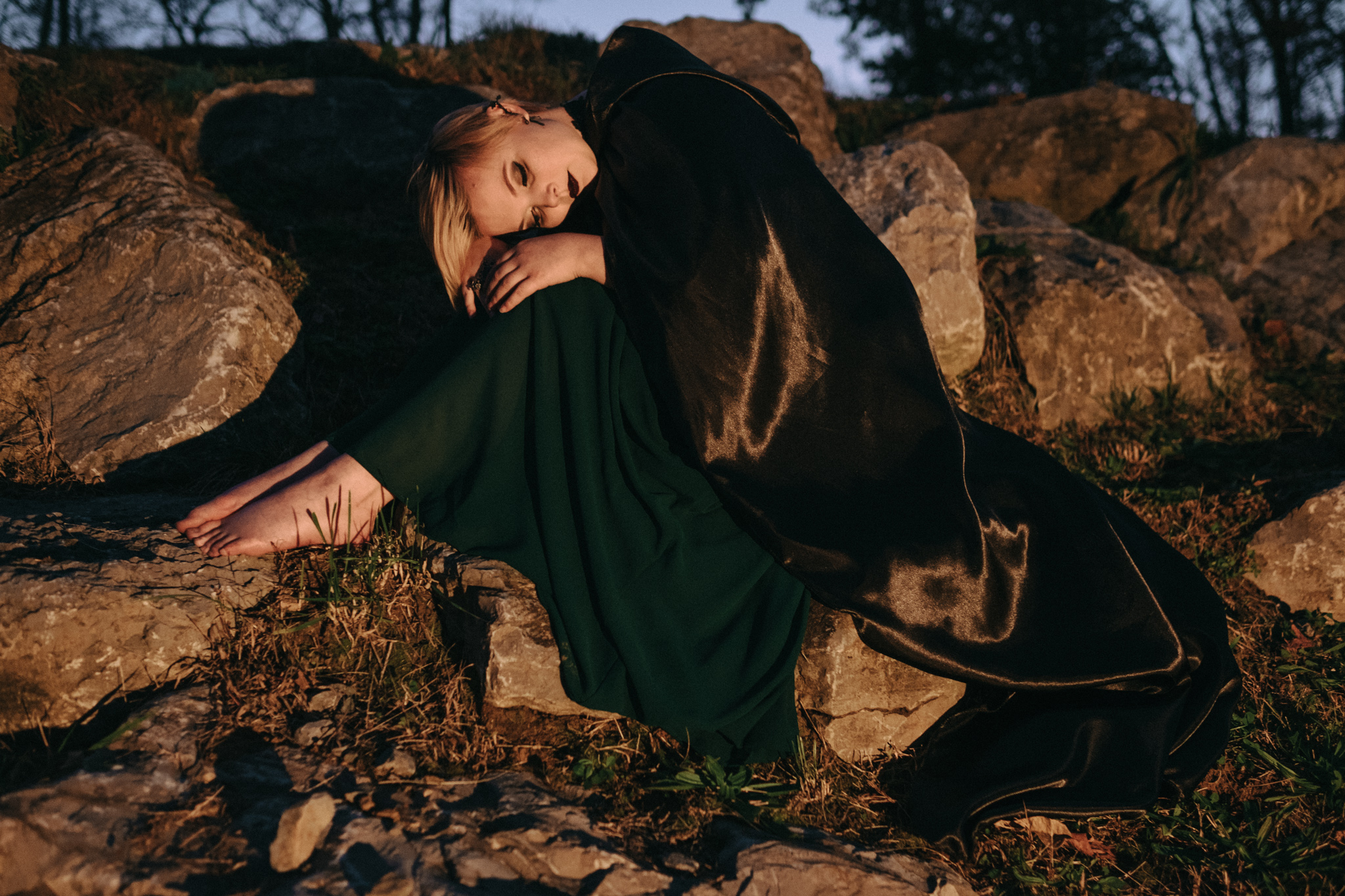 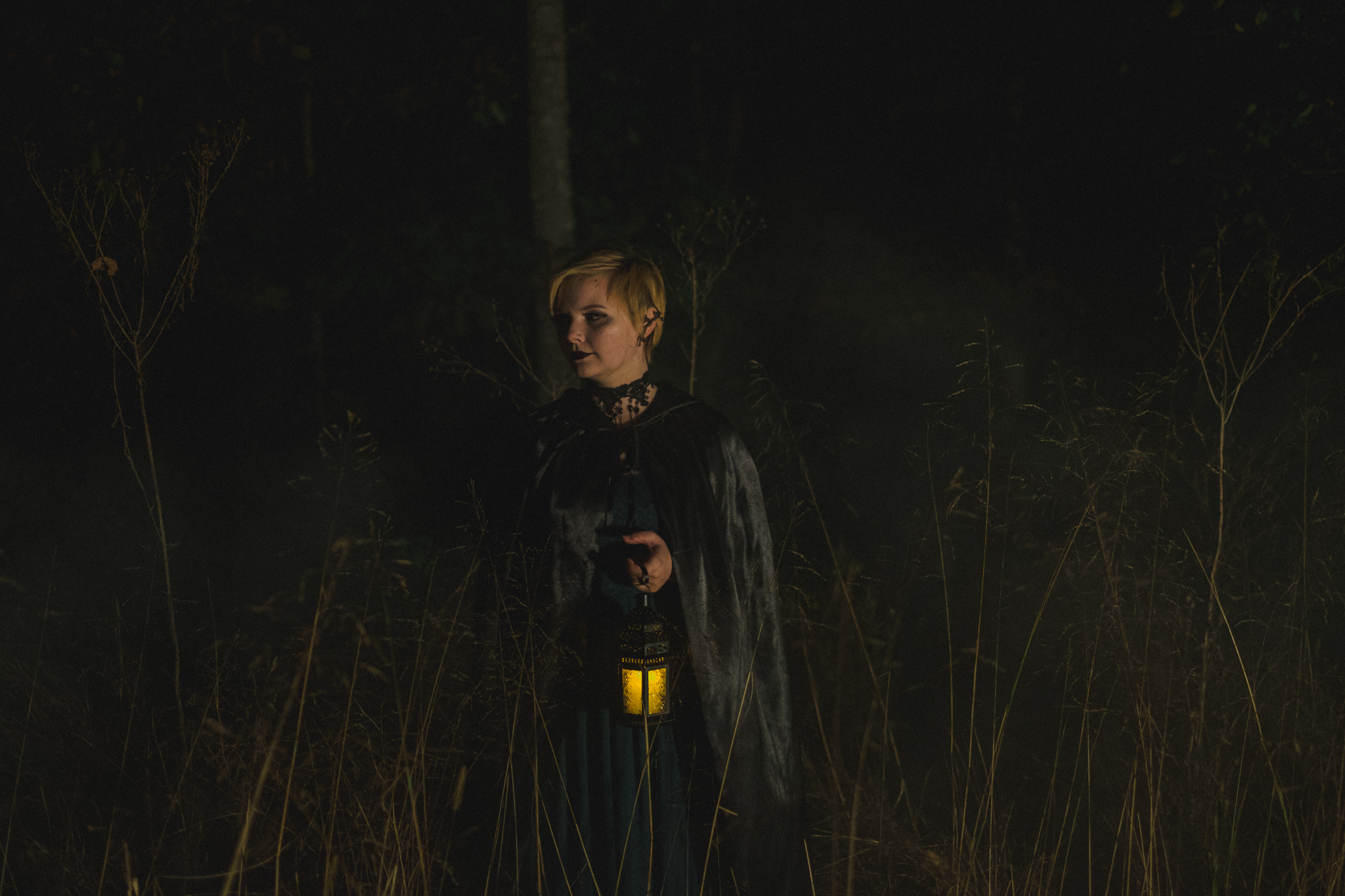 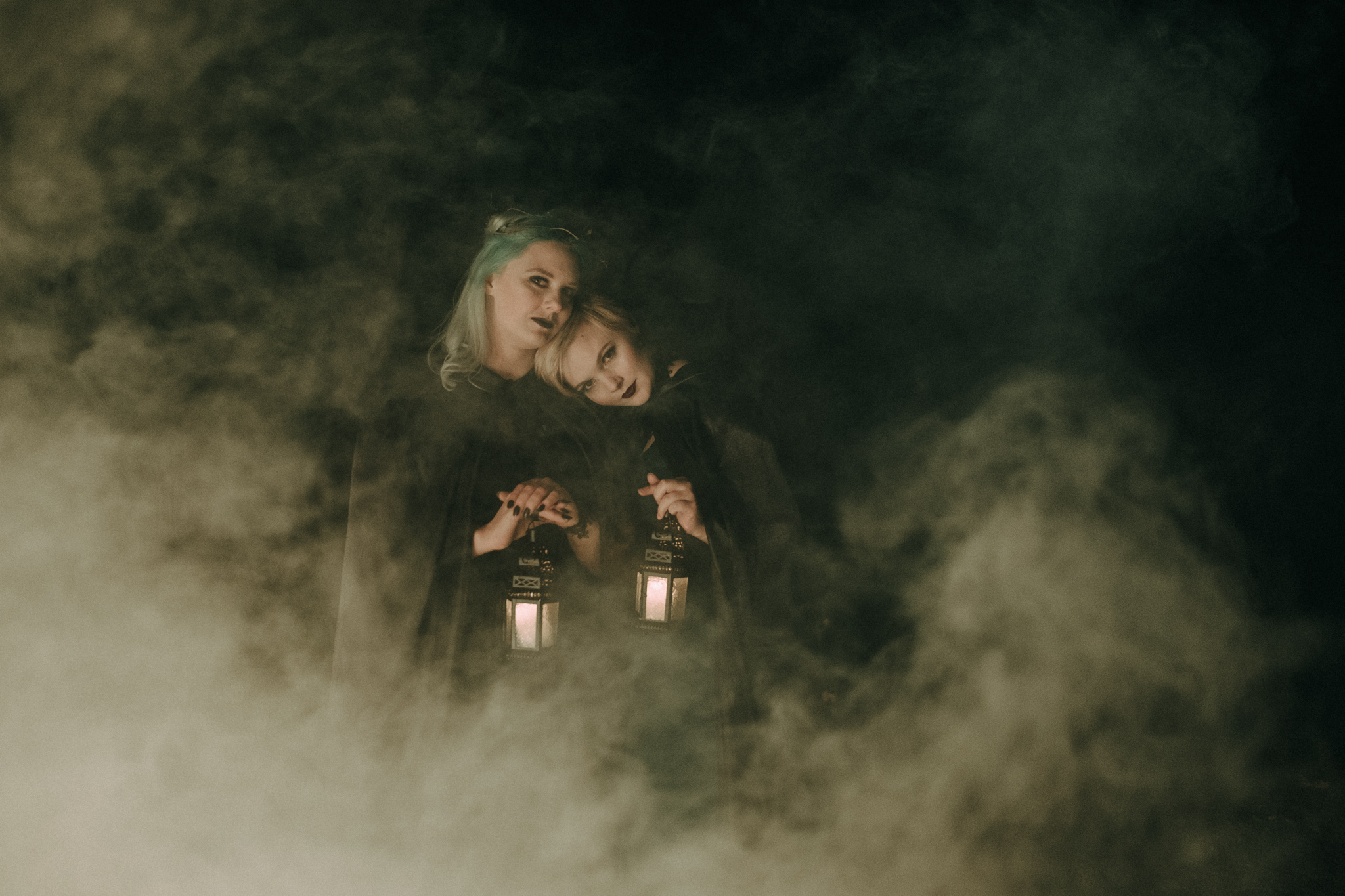 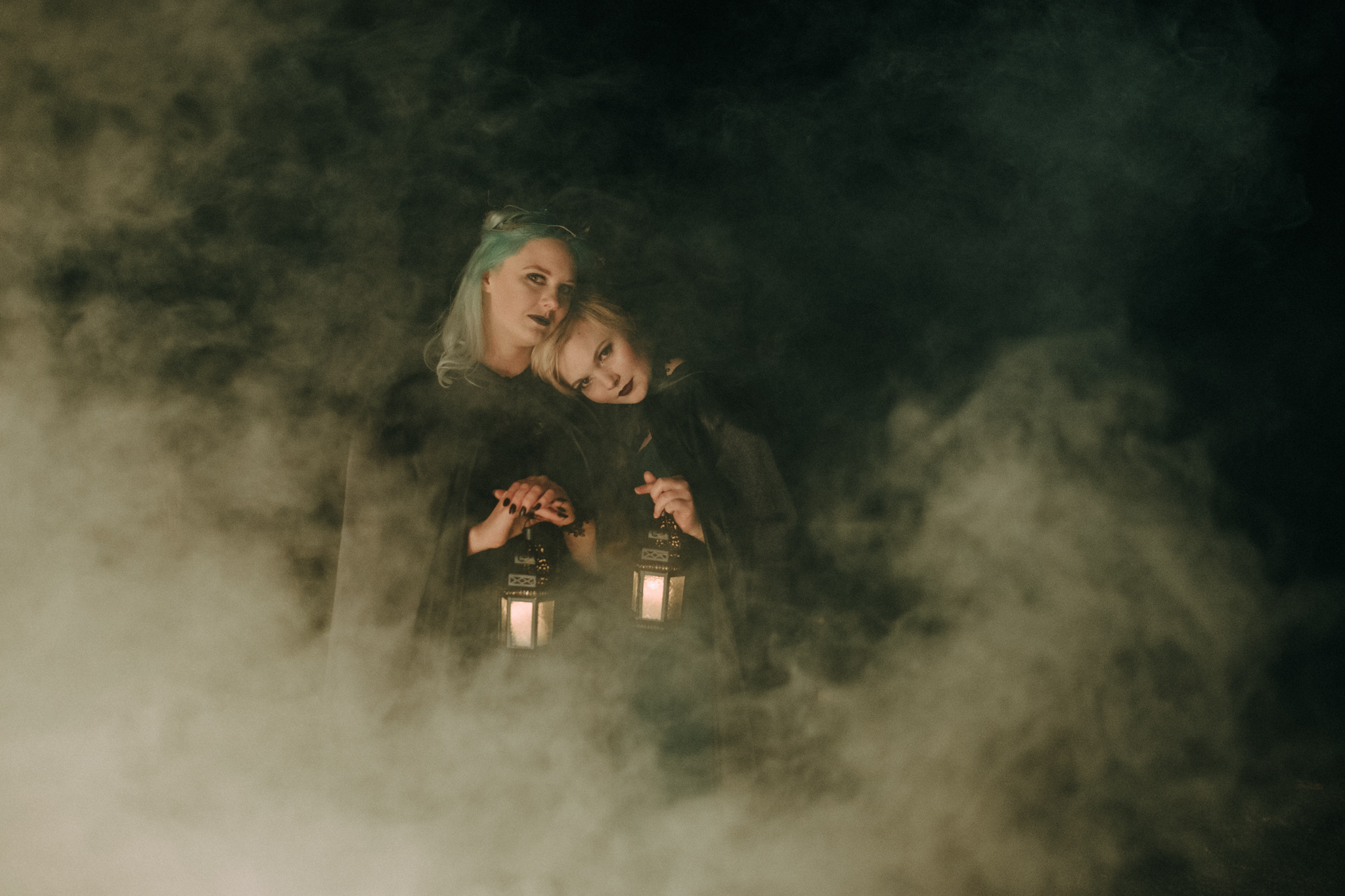 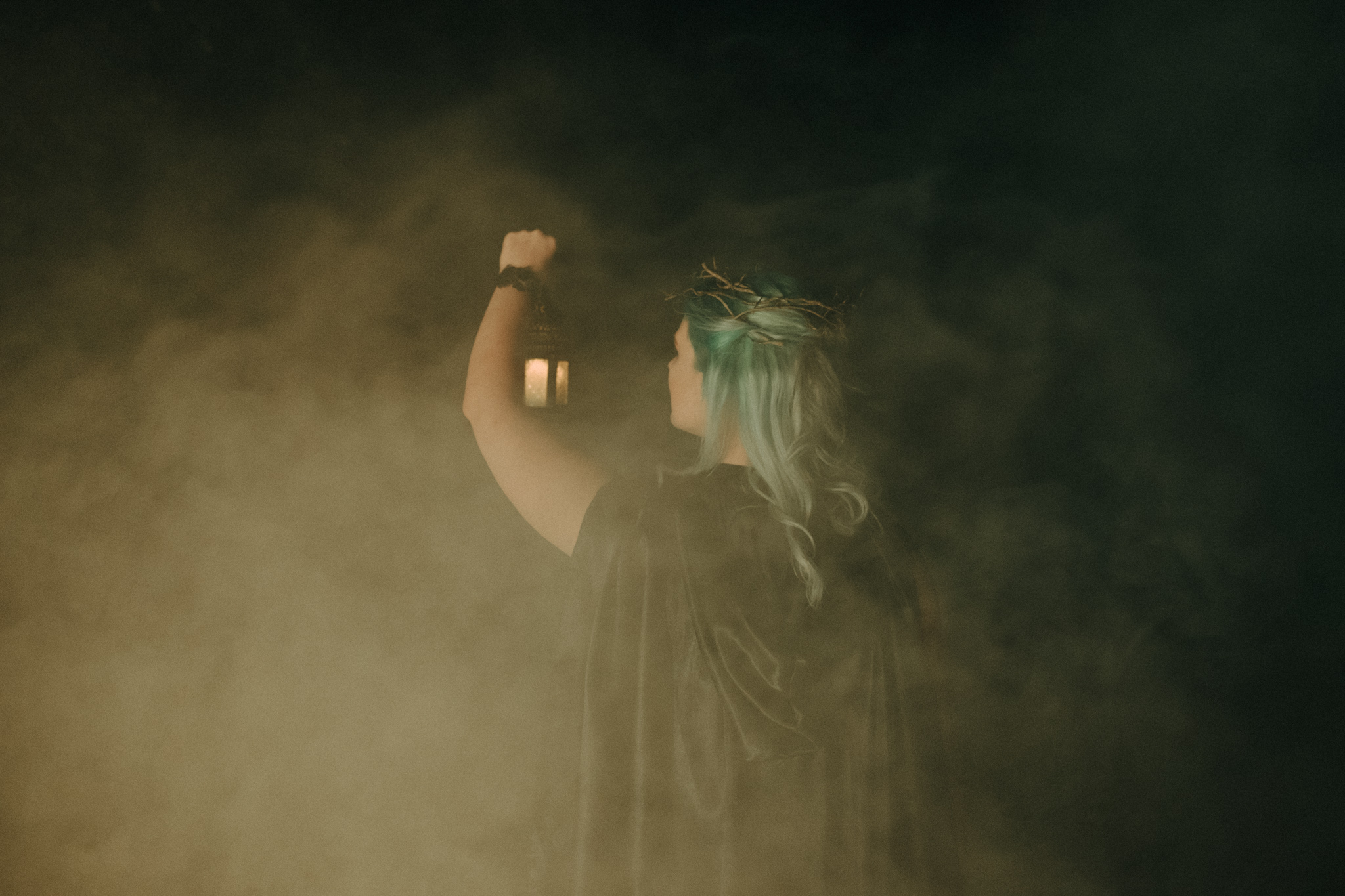 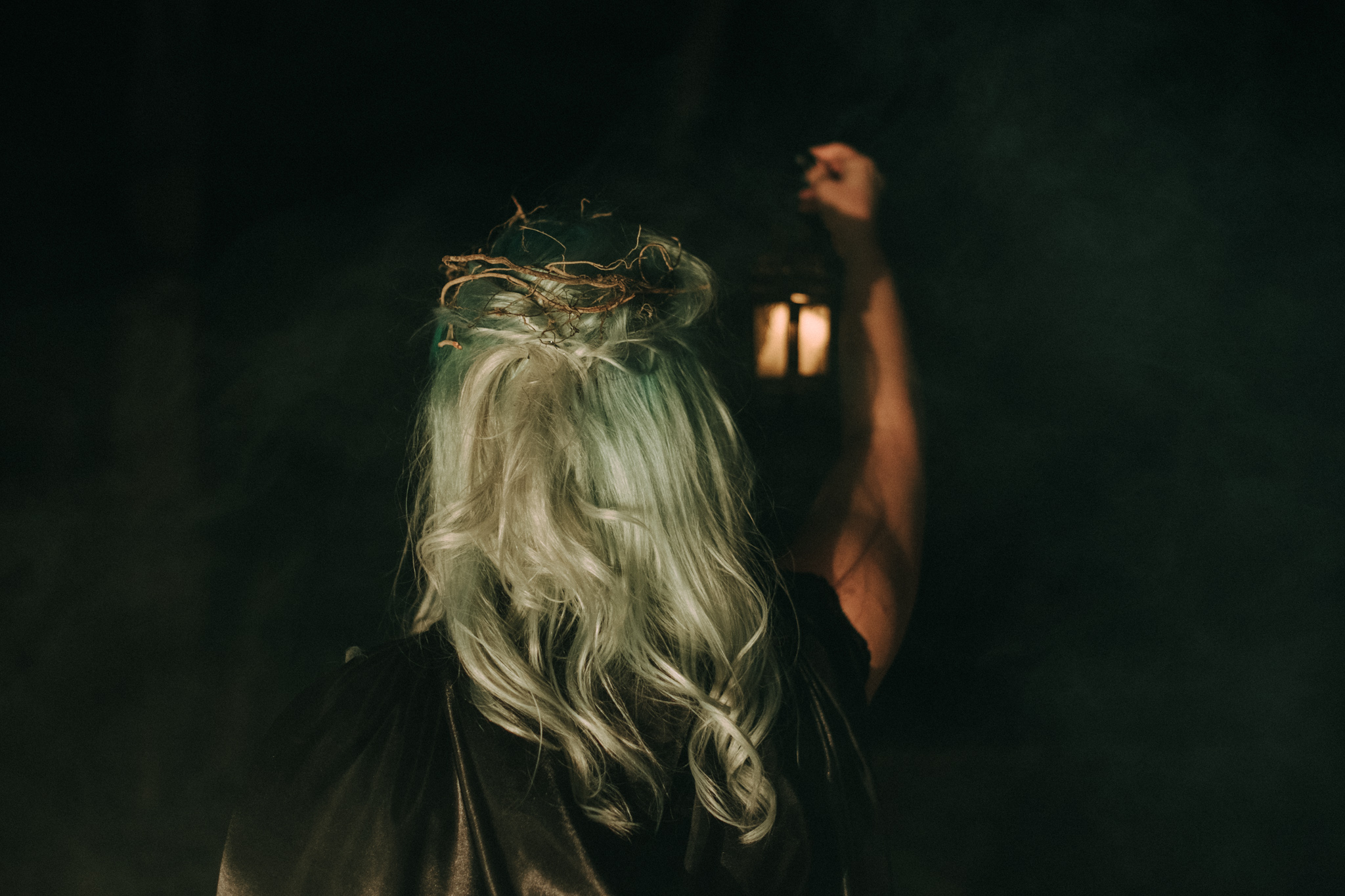 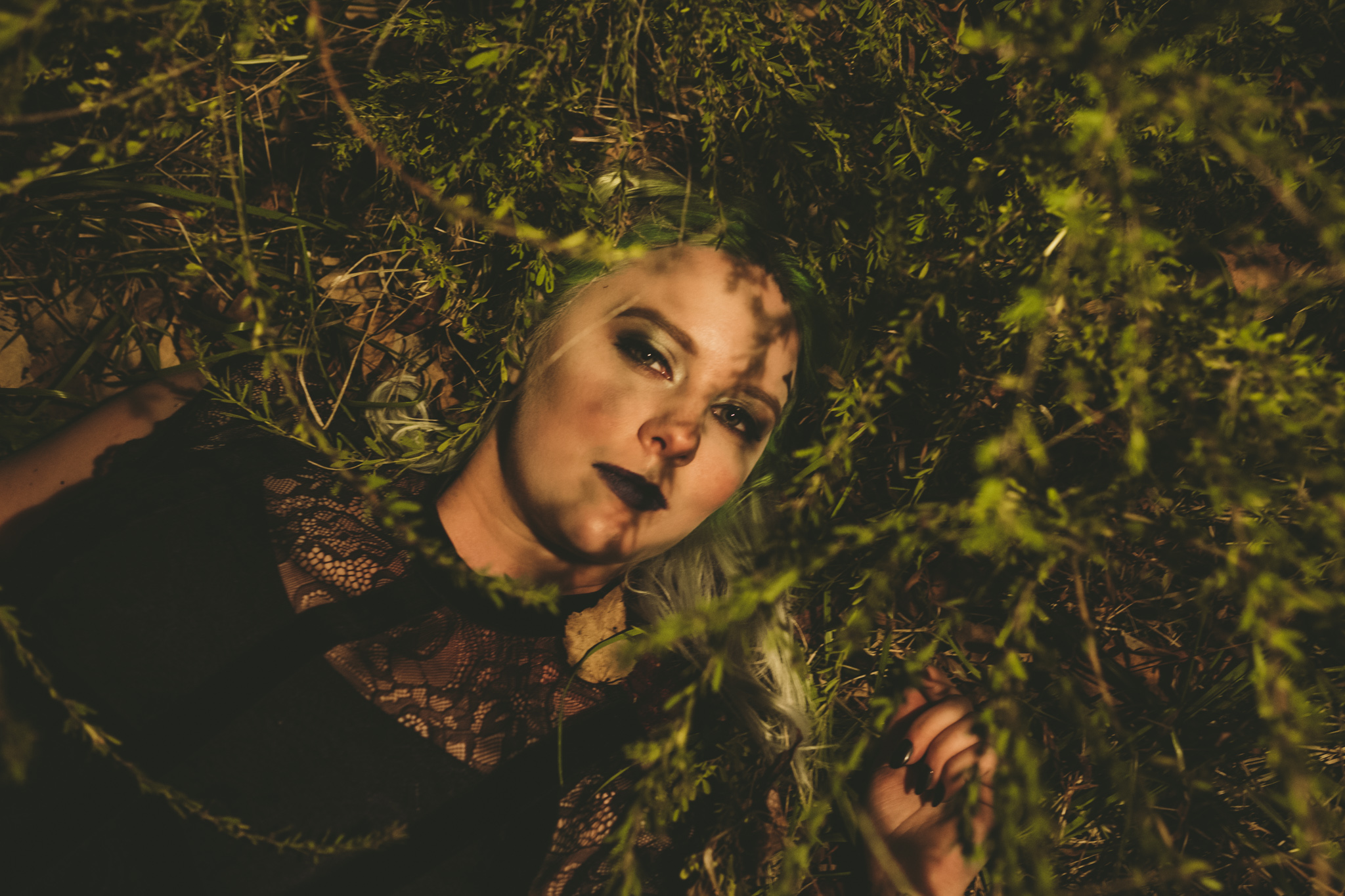 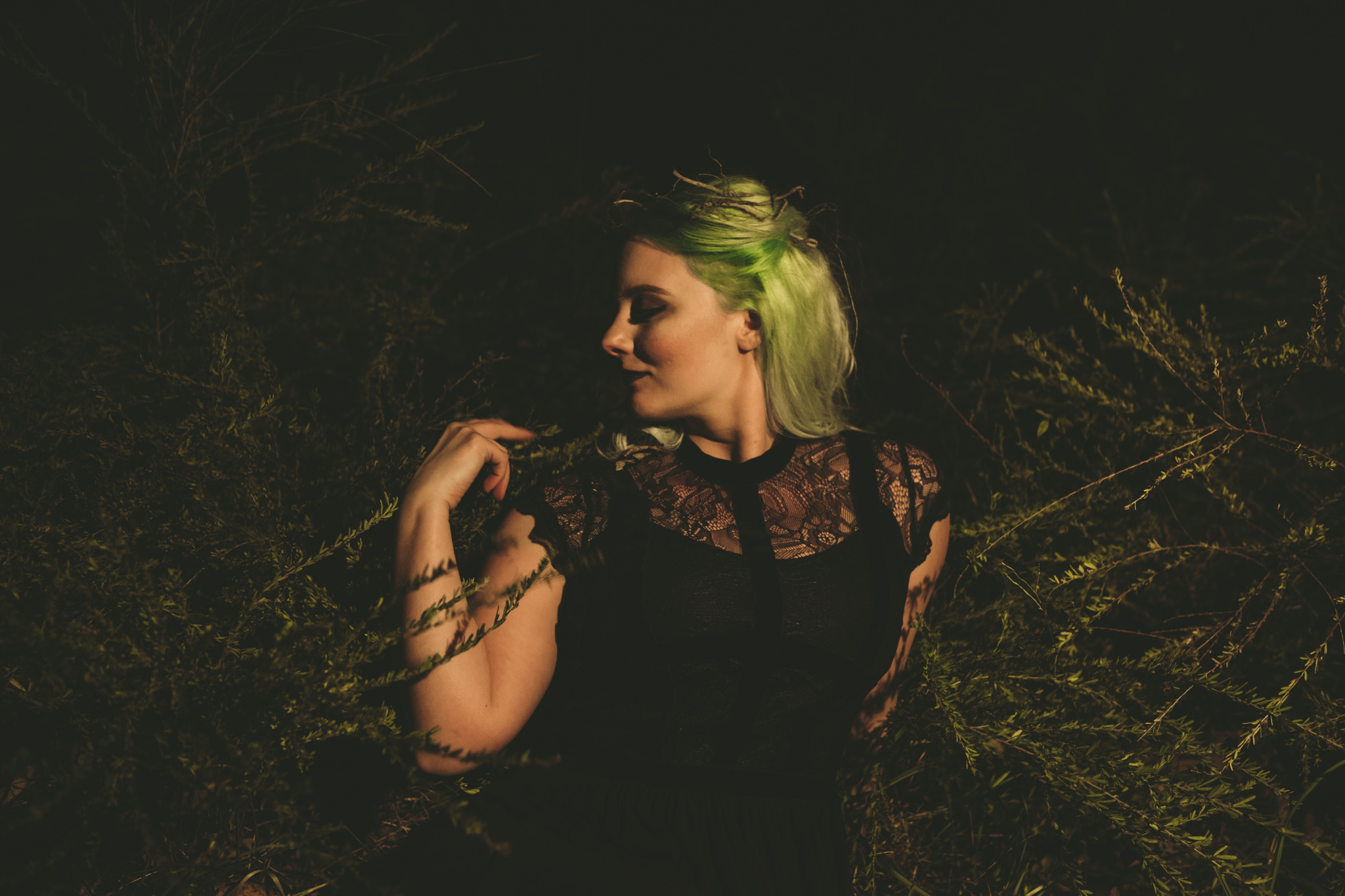 My Style | From Shooting to Editing